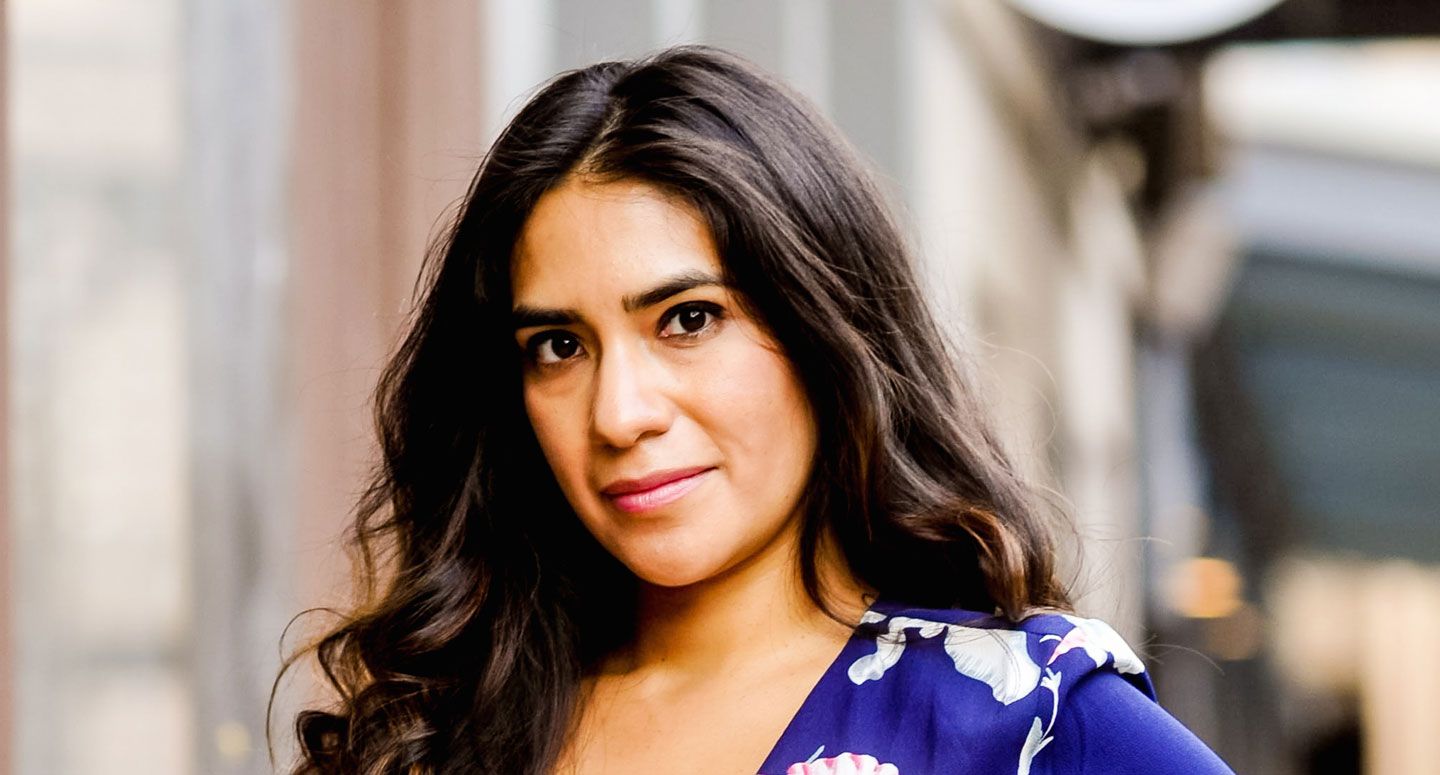 C Street Brass began in 2008 as a small project between five friends who are coincidentally the most handsome men ever to grace the earth. Equally as comfortable in the sound world of baroque music as they are in Broadway, C Street Brass is as committed as ever to connect lovers of the arts from all walks of life around a highly energetic and engaging concert experience.

C Street Brass was Ensemble in Residence at Carnegie Mellon University from ’12-’15. During this time the group fell in love with the thriving music scene of Pittsburgh, PA where the group is now based. C Street has been featured on a variety of performing arts series around the country including: Corpus Christi Chamber Music Series, Community Concerts Second Series, and Strings Music Festival where they were Artists in Residence from ’13-’19. Internationally, C Street Brass has toured in Tbilisi, Georgia as resident ensemble of the 2012 Traveling Notes Music Festival and in Doha, Qatar in 2014 as ambassadors for Carnegie Mellon University.

C Street Brass is passionately committed to educating and inspiring the next generation of musicians. In addition to their educational work in Pittsburgh, the group has recently held educational residencies at San Francisco State University for the Emerging Artists Residency ’16 and University of South Carolina as recipients of their Visiting Scholar Grant ’13-’14. C Street Brass has also held short residencies at: Peabody Conservatory, Mercyhurst College, Emory and Henry College, and George Washington University.

Scott is an avid chamber musician and the founder of C Street Brass. He brings a unique artistic versatility to the group that enables him to showcase his skills through classical, jazz, commercial, and chamber music. He also brings a blind enthusiasm for all Apple products.

Scott began his love affair with trumpet at the age of 12, studying from New York freelancing god Chris Jaudes and was one of two trumpet performers to win the prestigious New Jersey State Governors School award. While earning his MM’ from Carnegie Mellon and his BM’ from Peabody Conservatory Scott not only honed his love for music but for great coffee, rye whiskey, and barbeque as well.

John Ehrenburg enjoys an eclectic career as a performer, teacher, and scholar. A founding member of C Street Brass, he currently serves on the faculty of the Peabody Conservatory.

As a scholar of jazz periodical literature, John regularly presents original research at conferences around the world. He is the Research Projects Manager of the international non-profit, Le Répertoire international de la presse musicale (RIPM).

John loves learning and has five degrees. Four of these are from the Peabody Conservatory—two bachelor’s degrees (music education and trumpet), one master’s degree (musicology), and most recently, a doctorate degree in trumpet performance. The fifth is another master’s degree (trumpet) from Yale University, just for good measure.

In his spare time, Ehrenburg enjoys all things football (or, soccer, if you must …), performing with his wife, Malaysian pianist Melody Quah, and a good laugh.

Hailed by the New York Times for having “impressive confidence”, Jon has been a member of C Street Brass since 2015. In addition to performing around the country with C Street Brass, Jon is a sought-after performer in New York City. Recent highlights include a Live from Lincoln Center broadcast of “The Music of Danny Elfman” in conjunction with Lincoln Center Festival and performing alongside his first teacher, David Jolley, in the Brooklyn Chamber Music Society.

Jon has performed with Pittsburgh Symphony Orchestra, Sarasota Opera, The West Point Band, and New York Pops. In 2017 Jon was the Associate Principal Horn of the Orquesta Filharmonico de Jalisco, in Guadalajara. Jon was also part of the orchestra that backed up the Grateful Dead on their last tour in 2014. An active Broadway performer as well, Jon has performed in Cinderella, The Lion King, On The Town, The King and I, Honeymoon in Vegas, Les Miserables, Miss Saigon, Wicked, Carousel, The Phantom of the Opera, and King Kong.

Jon received his Master of Music Degree from The Juilliard School and his Bachelor’s degree from Mannes College. He also attended North Carolina School of the Arts in high school.

Aside from performing Jon is an avid cyclist and skier. Having grown up in the mountains of North Carolina these activities were just as much part of his life as music was. He and his wife are shamelessly committed to raising their two perfect cats, Henry and Luna.

Based in Pittsburgh, PA, Gabriel is in-demand as both a recording and performing trombonist. He is currently the associate principal trombone of the River City Brass Band, the only ensemble of its kind in America, and principal trombone for the Nu Deco Ensemble, a cutting-edge chamber orchestra operating out of Miami, Florida.

Outside of these large ensembles, Gabriel plays in and manages two other groups. His brass quintet, C Street Brass performs classical, and pop favorites in recital halls and performing arts centers across the country. Beauty Slap, a genre-bending electronic funk band, comprised of a DJ, keyboards, and horns, tours nationally, and plays sold-out shows in and around Pittsburgh. Both groups have done residencies and given workshops at universities including, Carnegie Mellon University, University of South Carolina, San Francisco State University, California State University Stanislaus, and others.

In addition to performing and recording, Gabriel is a certified fitness coach through GMB. He utilizes his personal experience recovering from injury and studying a variety of movement disciplines to help musicians and non-musicians alike become pain free and feel more confident, playful, and powerful in their bodies. He offers private in-person or remote sessions on flexibility, strength, locomotion, and handstands.

As a speaker, Gabriel has given workshops and seminars at West Virginia University, Third Coast Trombone Retreat, and Carnegie Mellon University on both the business of music as well as movement, fitness, and pain solutions as a musician.

Gabriel comes from a musical family. His parents, John Colby (composer, producer) and Beverly Rohlehr (singer), and his sister, Liza Colby (songwriter, singer), are full-time professional musicians. He has earned a B.M. and G.P.D. from Peabody Conservatory, and a M.M. from Carnegie Mellon University.

Proudly hailing from Washington, D.C., Hakeem Bilal is one of the most sought-after trombonists today. His performances have been called “A dynamic concert experience” by the Pittsburgh Post-Gazette and he has been featured on Pittsburgh Today Live on CBS and Talking Pittsburgh on NBC. Mr. Bilal performs across many genres of music with ease and teaches internationally. Most recently, he performed a three-week tour of Asia, performed at the Indianapolis 500, and taught masterclasses in Dhaka, Bangladesh, and Beijing, China. Mr. Bilal holds degrees from The Peabody Conservatory and Carnegie Mellon University and now resides in Pittsburgh, PA.

Mr. Bilal is the Assistant Professor of Trombone at West Virginia University and remains in high demand as an orchestral player and soloist. He is a regular extra with the Cleveland Orchestra and the Pittsburgh Symphony; he has recently performed with the Malaysian Philharmonic Orchestra, the Atlanta Symphony, Baltimore Symphony Orchestra, and West Virginia Symphony. He also serves as the Bass Trombonist of C Street Brass, a member of River City Brass, and the MC of Beauty Slap. Mr. Bilal was featured as a guest artist at the 2016 Trombone Summit in Fort Worth, Texas and was invited to perform at the 2018 International Trombone Festival in Iowa. His main teachers include Randall Campora of the Baltimore Symphony, Dr. Denson Paul Pollard of the Metropolitan Opera, Dr. David Begnoche of Texas Christian University, and Murray Crewe of the Pittsburgh Symphony.

Outside of making music, Hakeem loves to build things. Whether it is constructing an innovative cocktail from behind the bar, or building computers, he loves creating on all levels. Some things you may not know about Hakeem: Other than being an award winning mixologist, aspiring chef, and former teen heartthrob, he has been known to randomly break into dance and will find any reason to fire up the grill. Hakeem enjoys great coffee, video games, and beef ribs (not necessarily in that order). 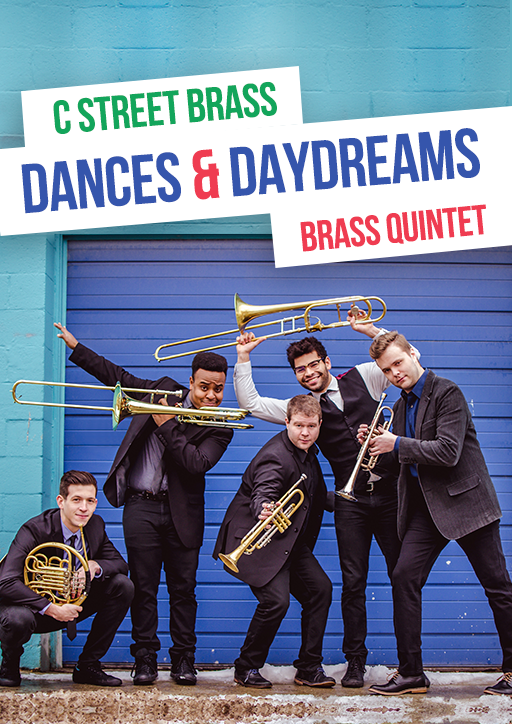