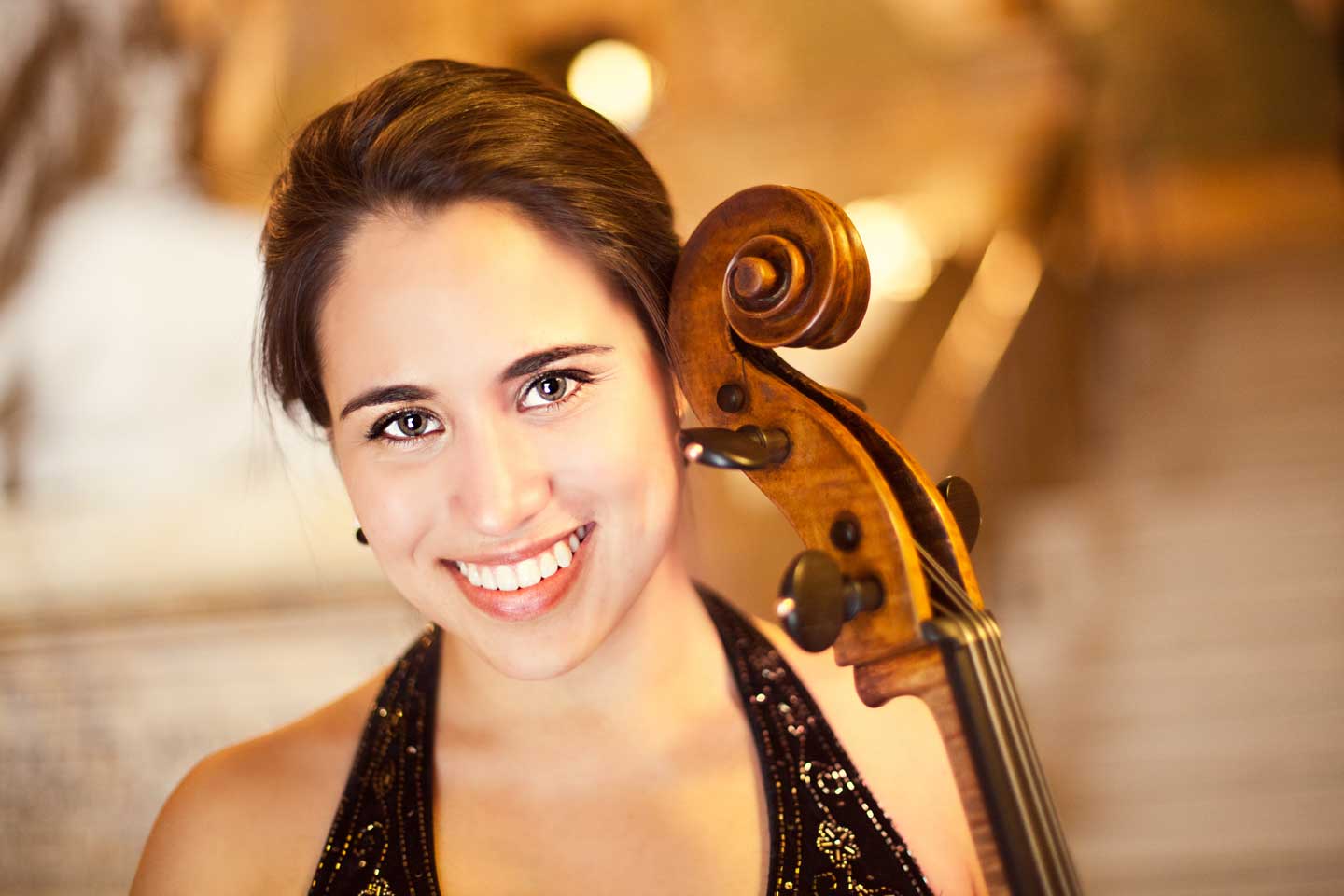 CHRISTINE LAMPREA is a dynamic artist with a reputation as a firebrand cellist with a “commitment to the highest standards” (Palm Beach Daily News). Upon her Carnegie Hall debut as soloist in 2013, she has since returned to Carnegie, as well as performed with orchestras such Costa Rica National Symphony, Detroit Symphony, Houston Symphony, National Symphony of Michoacan, New Jersey Symphony, San Antonio Symphony, Santa Fe Pro Musica, and toured with the Sphinx Virtuosi across the U.S. As a recitalist, Ms. Lamprea has appeared on prestigious series at Illinois’ Krannert Center for the Performing Arts, Florida’s Kravis Center for the Performing Arts, Pepperdine University, the Los Angeles County Museum of Art, and the Washington Performing Arts Society. In demand as a chamber musician, she performs regularly with the Jupiter Symphony Chamber Players, and has performed with such musicians as Shmuel Ashkenasi, Sarah Chang, Itzhak Perlman, Roger Tapping, and Carol Wincenc.

Ms. Lamprea strives to expand her musical boundaries by exploring many genres of music and non-traditional venues for performance and teaching. Her Songs of Colombia Suite includes arrangements of traditional South American tunes for cello and piano or guitar, and have been performed at the Colombian Embassy and Supreme Court of the United States for Justice Sonia Sotomayor. She has worked with members of Baroque ensemble Les Arts Florissants, and studied sonatas with fortepiano with Audrey Axinn. She has premiered several works by composers of today. In recent years, she commissioned cadenzas for the Haydn D Major Concerto by Jessie Montgomery, and premiered Jeffrey Mumford’s cello concerto “of fields unfolding...echoing depths of resonant light” with the San Antonio Symphony.

Ms. Lamprea is on the cello faculty at the Longy School of Music of Bard College, serves as substitute faculty at the Juilliard School, and served as Lecturer of Cello at the Texas Christian University School of Music for the 2018-19 academic year. Ms. Lamprea has given master classes for the Vivac-e Festival, Idyllwild Arts Academy, Wintergreen Summer Music Festival, among others. She has worked with Ecuadorian youth in the cities of Quito and Guayaquil, as part of a residency between The Juilliard School and “Sinfonia Por La Vida,” a social inclusion program modeled after Venezuela’s El Sistema program. Christine Lamprea is the recipient of a Paul and Daisy Soros Fellowship for New Americans, which supported her studies at the New England Conservatory, and a Sphinx MPower Artist Grant, which supported her study with acclaimed cellist Matt Haimovitz. She studied with Bonnie Hampton at The Juilliard School and holds a Master’s degree from the New England Conservatory, where she studied with Natasha Brofsky. Additional influences were Lynn Harrell, Frans Helmerson, and Philippe Muller. Previous teachers include Ken Freudigman and Ken Ishii.