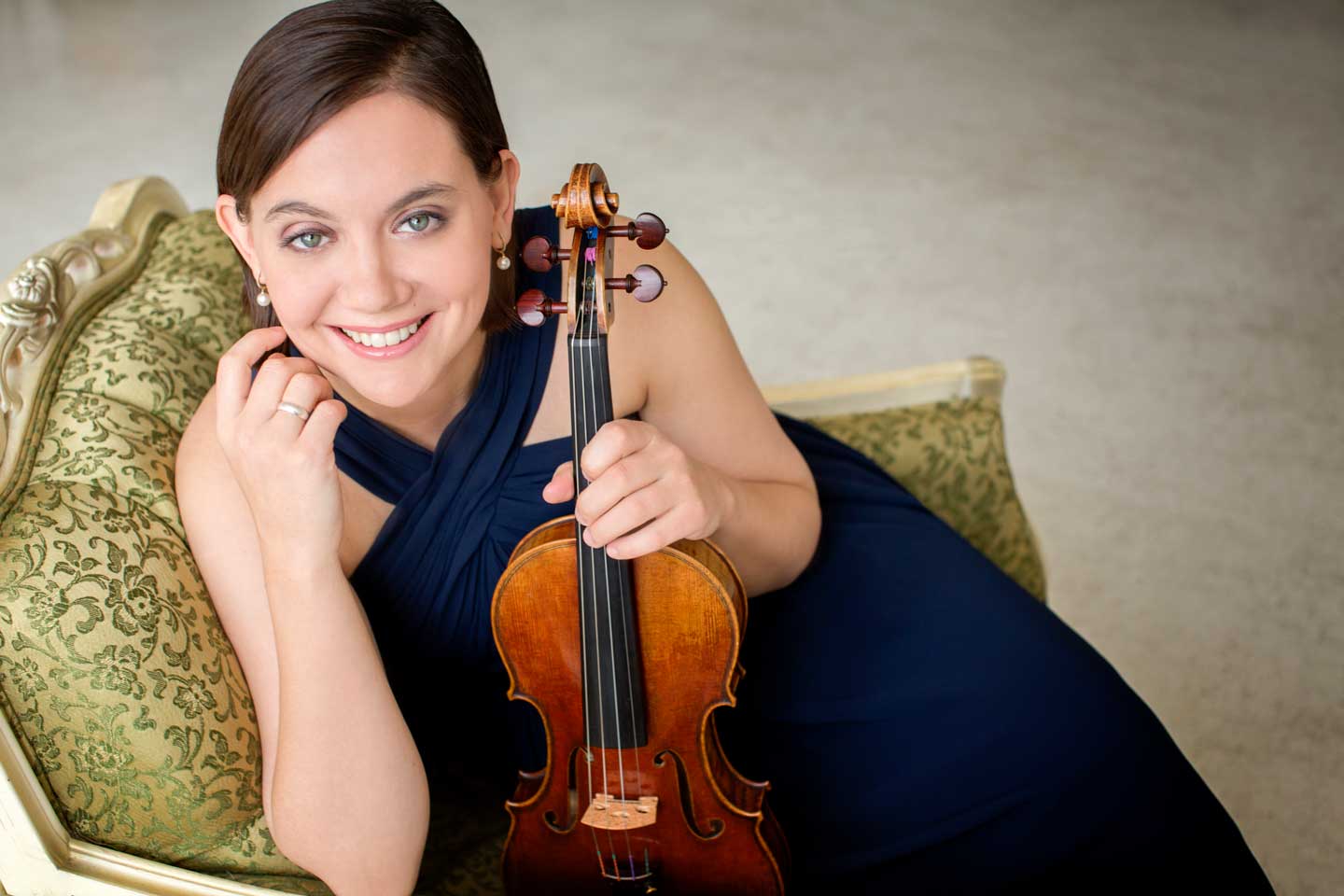 Hailed by The New York Times for her “rich tone” and “virtuosic panache,” violinist Francesca Anderegg delivers insightful accounts of contemporary and classical music. Through her inventive programming, active composer collaborations, and precise yet impassioned interpretations, Anderegg has earned renown as a musical explorer of the first order. Recent highlights include a program of Latin American music and literature at the Kerr Cultural Center at Arizona State University, solo engagements performing the Mendelssohn and Sibelius violin concerti, and a new album of music by women composers.

As a soloist, Anderegg has toured throughout Argentina and Brazil, performing a wide variety of contemporary and standard violin concerti with orchestras in the United States and South America. Since her Carnegie Hall debut performance in 2008, Anderegg has given recitals in national and international venues, including Brooklyn’s National Sawdust, the National Museum of Colombia in Bógota, concert halls throughout Brazil during her tour as a U.S. Embassy-sponsored artistic ambassador, and many other venues across the world. She appeared at Chicago’s Symphony Center and the Metropolitan Museum of Art in New York with Itzhak Perlman and members of the Perlman Music Program. Her festival appearances include the Tanglewood Music Center, the National Music Festival, Music in the Vineyards, and Yellow Barn. Her albums have been featured on radio programs throughout the country and noted for their “stunning virtuosity” (Fanfare Magazine), “lustrous tone” (The Strad Magazine), and “riveting listening experience” (Second Inversion). Her album Wild Cities was selected as a favorite of 2016 by New Music Box, and Images of Brazil was praised as “the most delightful disc of Brazilian chamber music to come along in years” (Fanfare Magazine). In 2020, she recorded and released a quarantine album titled Invisible Threads, featuring music by women composers.

The search for unusual repertoire has made Anderegg a fierce advocate for new music. Since making her 2007 New York concerto debut in Ligeti’s Violin Concerto with The Juilliard Orchestra, she has championed the works of 20th century and living composers. As concertmaster of the contemporary music ensemble AXIOM, Anderegg led Miller Theatre's production of Elliott Carter's opera What Next? in a performance that was rated one of classical music's top 10 events of the year by Time Out New York. She performed Daniel Schnyder's jazz-influenced Violin Concerto with Orchestra for the Next Century, and performed Pierre Boulez's orchestral and solo compositions under the direction of the composer at the Lucerne Festival in Switzerland. With her husband, the Venezuelan-American composer Reinaldo Moya, Anderegg has performed a series of his original works exploring magical realism and other fascinating elements of Latin American literature and imagination. In August 2019, she gave the world premiere of Moya's new violin concerto, commissioned for her by Greenwood Music Camp and the Lakes Area Music Festival, in collaboration with celebrated conductor Gemma New. In 2020, Francesca has been reaching audiences via the ImmerSphere performance platform, a new format combining augmented/virtual/mixed realities with live performance. She is the first violinist ever to perform using this combination of technologies.

Anderegg holds an undergraduate degree from Harvard University and masters' and doctoral degrees from The Juilliard School, where her teachers included Robert Mann, Ronald Copes, and Naoko Tanaka. She is a laureate of the Corpus Christi Competition and winner of fellowships from both the McKnight Foundation and the Leonore Annenberg Fund. An enthusiastic educator and mentor of young musicians, Anderegg has been a guest teacher at universities throughout the country and abroad, has taught at Interlochen Center for the Arts, and is Associate Professor of Violin at St. Olaf College in Minnesota. 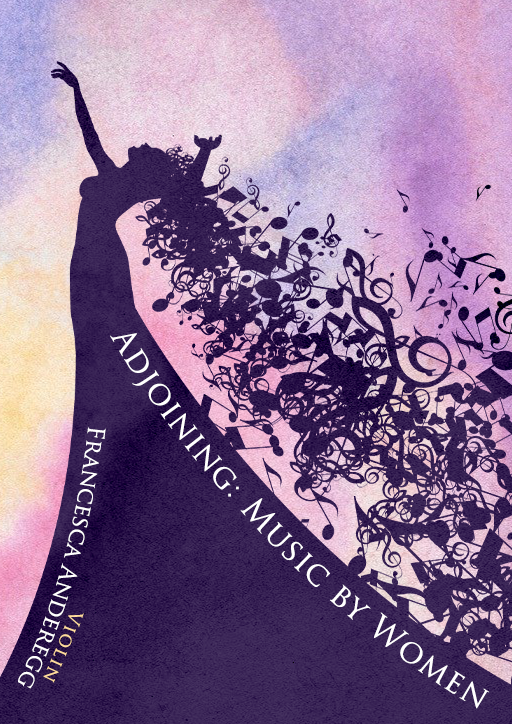 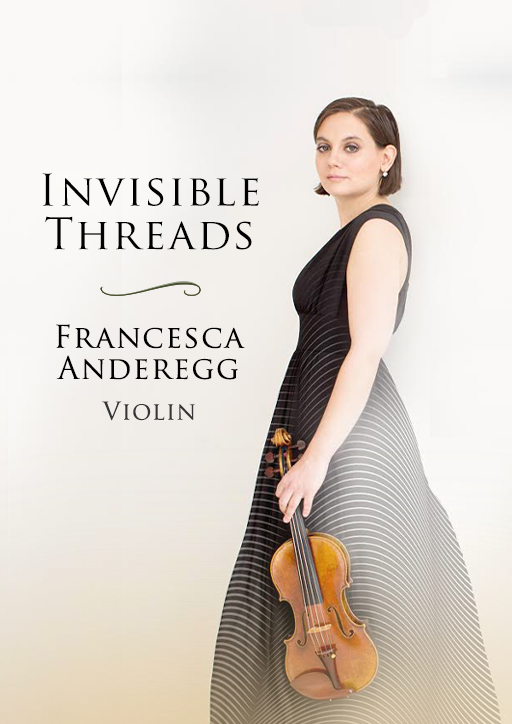 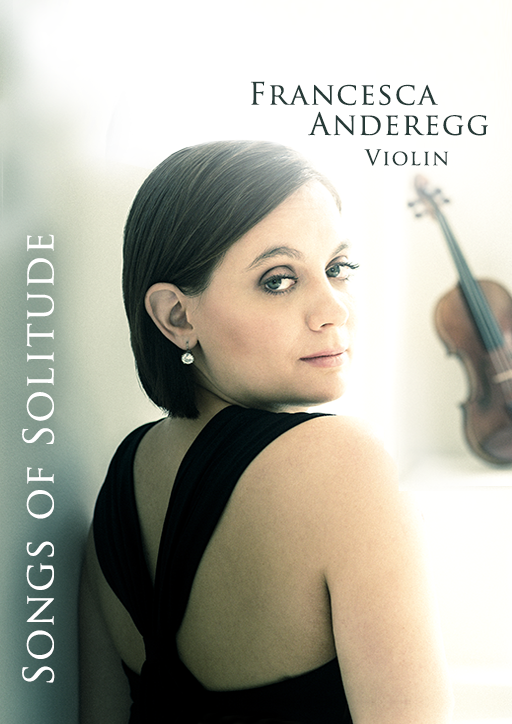